Mikey Rechtman
Mikey, a 20 year old from Melbourne, volunteered for
Magen David Adom. Through his time with MDA
he gets to see the realities of life in Israel.

THE REALITY OF LIFE IN ISRAEL

My first call for Magen David Adom was probably the most intense one so far.

As I arrived to see the patient at a hotel in Netanya, I was very nervous as to what would confront me. The male patient was around sixty years old. He had fainted, was weak and had a history of heart problems. His entire family was around him, looking distressed, but seemingly only due to the man’s health.

It was only after being halfway through treating him, after I’d already checked the man’s blood pressure and that an intensive care ambulance (MICU) had arrived, did my ambulance driver and I find out that the man was the father of a soldier who had been killed in Gaza only a few days before.

The reality of my role in an ambulance and of the current conflict in Israel all came crashing down at that moment!

Later that day, I and a few other volunteers attended the funeral of the soldier, and watched the whole family at probably the lowest point in their lives – completely devastated. When the father, absolutely broken, struggled to utter “Kaddish”, there was barely a dry eye in the crowd of thousands.

Despite the immense sadness, it felt good to know that I’m helping Israel and the Israeli people in such critical situations. 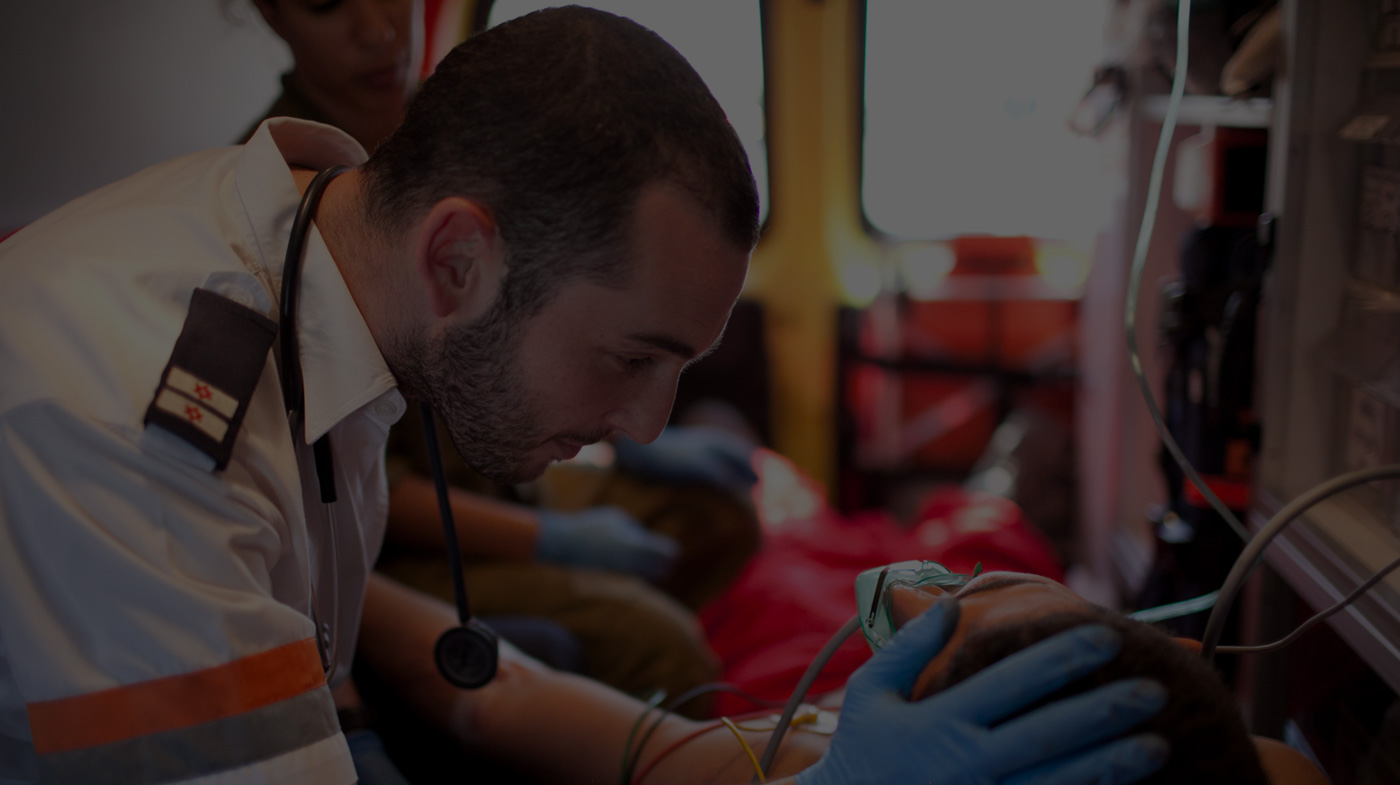