All donations $2 or more are Tax Deductible Donate Now
Skip to content
After Recovering from the Coronavirus: Father and Son Returned to MDAViv Rotstein2021-11-14T22:43:10+00:00

After Recovering from the Coronavirus: Father and Son Returned to MDA 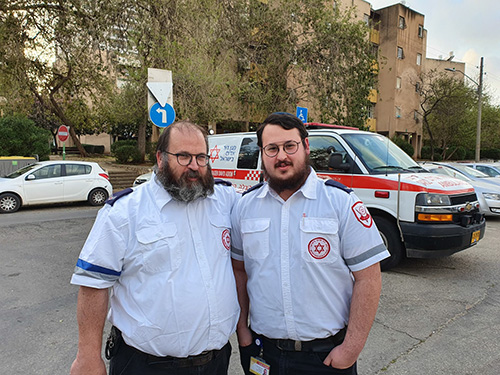 It all started less than a month ago. Yoel Galtt (45) from Einav, a senior medic in MDA, began to feel unwell. He did not return from abroad, had not been in direct with a confirmed patient, there were less than 30 patients in Israel, and Yoel did not think for a moment about the possibility of being in sick with the Coronavirus. After an examination at a local clinic, he was referred to Beilinson Hospital, where he was diagnosed with the virus, patient number 29. He was transferred to HaSharon Hospital, and was hospitalized for almost two weeks until his condition improved and he was fully recovered.

At the beginning of Yoel’s hospitalization, his wife and two of his children were also examined and found infected by the virus, they were were also admitted to the HaSharon hospital, alongside him. One of Yoel’s sons, Menachem (20), patient number 48, also works at Magen David Adom, as an EMT and call taker at the 101 Emergency Call Center . Today, after he was also released and everything is already behind them, the two again, put the white uniforms on they were waiting to wear again, and joined their friends in MDA and the national struggle in Corona, the virus they have already experienced  personally. 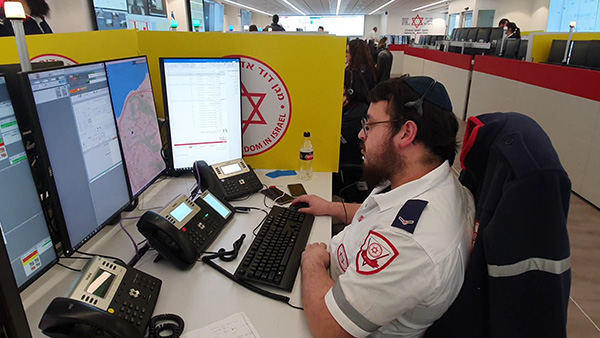 “In the early days, I felt very unwell, and later on my condition improved,” said Yoel. “Being in hospital wasn’t easy but the medical team was great and at least we were all together. We assisted other patients when they felt bad but it is quite difficult to know that MDA teams are working around the clock and I can’t help. I do not remember ever wanting to go back to work so badly. ”

“From the very first moment I waited to be released from the hospital and return to MDA,” said Menahem. “I have always loved my job, but I never thought I would miss it until now. Today, after getting sick myself, I recovered, and along the way I met many more patients in the hospital, the way I look at it completely different. When I help Corona patients or send samples to the homes of isolated people, I know how they feel”