Ido and Megan spoke at Leibler Yavneh College and Alon and Megan spoke at Beth Rivkah Ladies College, who were instrumental in raising funds to purchase a First Aid Responder Motor Cycle We thank them all for speaking to the Community of Melbourne. 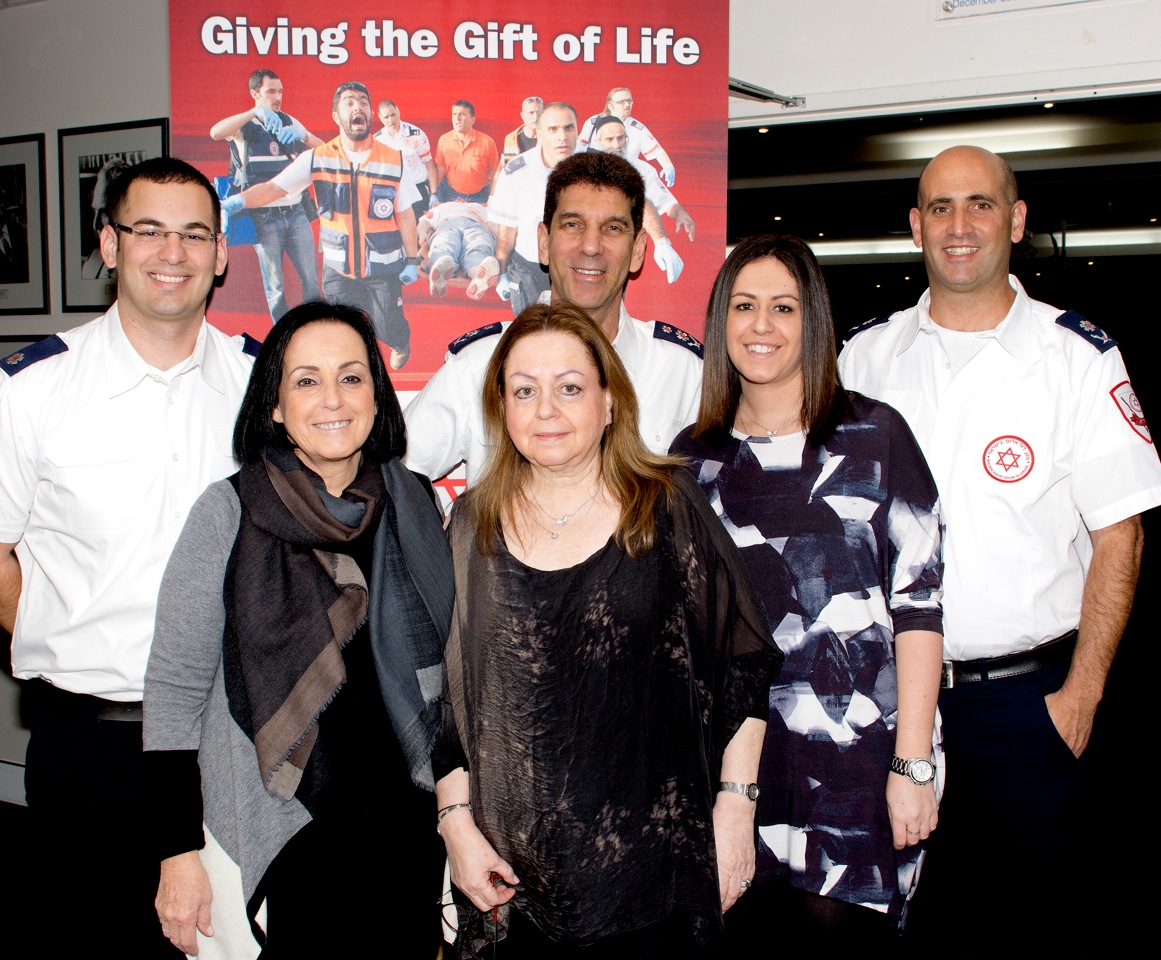 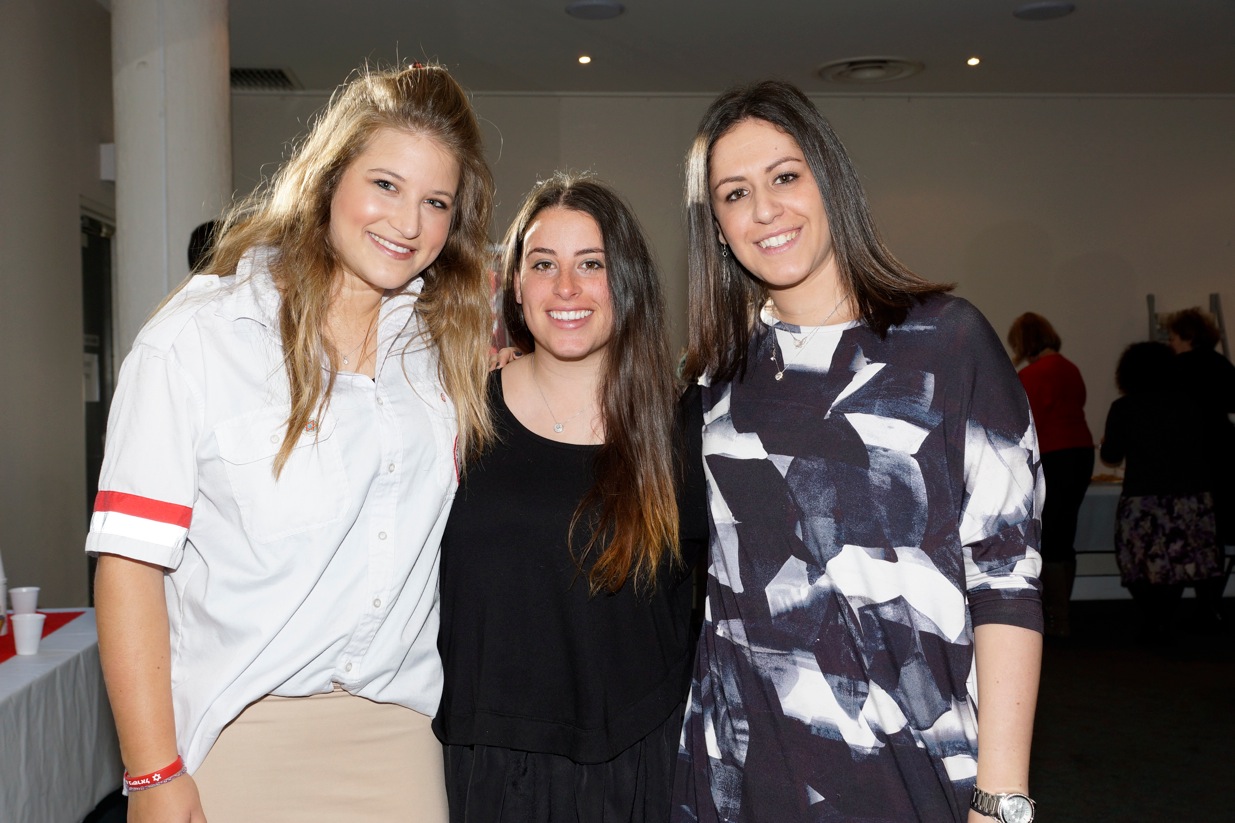 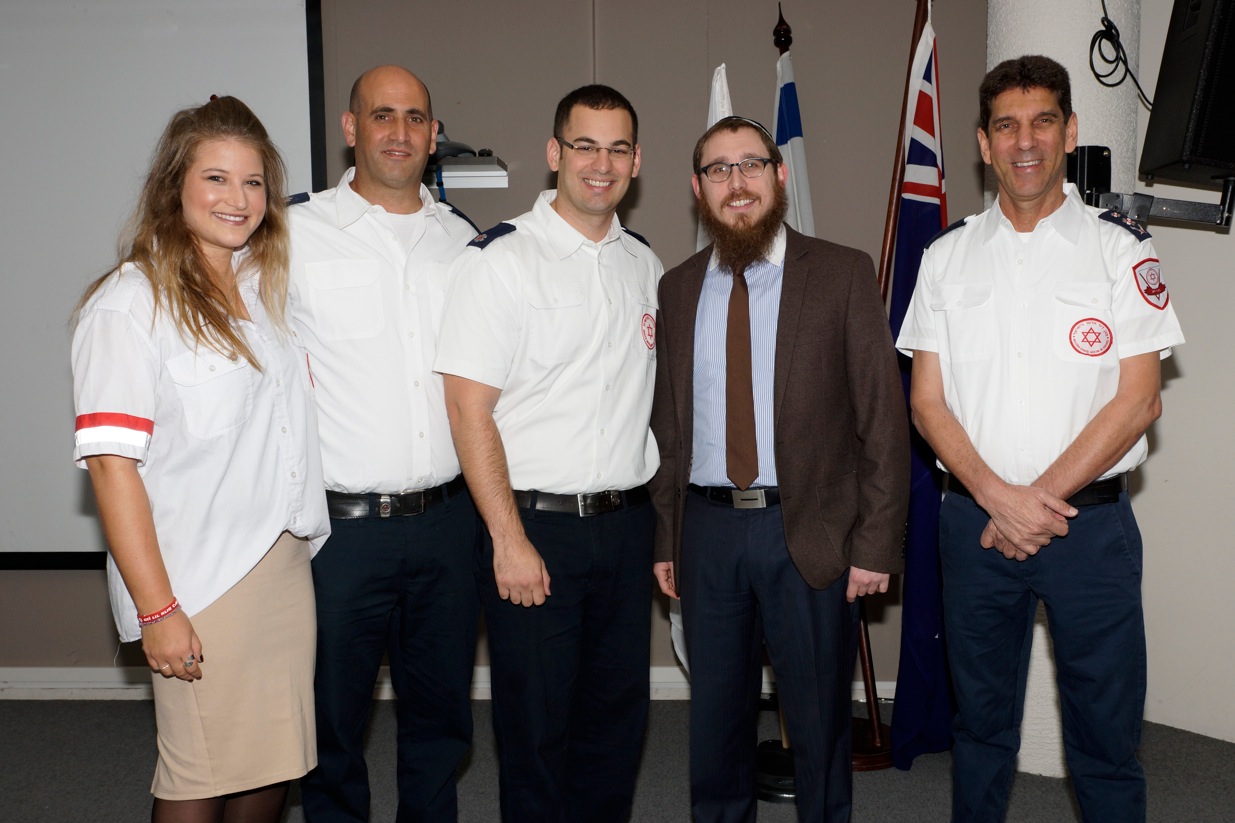 Magen David Adom Victoria ran a First Aid course together with Real First Aid for 14 participants. Updating the community in First Aid is a priority for Magen David Adom. Making sure they have the knowledge to assist in any emergency, and knowing the latest techniques to Save Lives.

More than 1,000 people visited MDA Victoria’s Tel Aviv style “Unity Day” Night Market held at St.Kilda Town Hall on Wednesday 1st June 2016. The event was one of events held around the world designed to highlight the spirit of unity which defined the “Bring Back Our Boys” campaign in response to the abduction and eventual murder of three Israeli teenagers in 2014. The many stalls at MDA Victoria’s Night Market were stalls selling food, jewellery, clothing, arts, crafts and many more. The crowd was also entertained with dancing, a choirs and numerous singers.

At our AGM, held on Monday 30th November 2015, Co-President Glynis Lipson reported that, over the previous year, MDA Victoria had supplied MDA Israel with ambulances, motor bikes, uniforms, tablets for the ambulances, defibrillators and medical supplies. MDA Victoria had also purchased 200 First Aid responder bags for the Israeli police force (pic left). Many thanks to Bernice and Mannie Stub for, once again, hosting the event in their home.

One Shabbat, One World, Our Community

With 175 guests in attendance at Elwood Shule, the night was kicked off with a Pre-Shabbat Concert featuring Matan Franco and Ronny Kowadlo, bringing us some of our favourite Hebrew songs, followed by a Kabbalat Shabbat service led by Ronny Kowadlo from Melbourne Hebrew Congregation.

An “International Buffet” catered by Unger Catering and Falafel Omisi brought flavours from Israel, Australia, America and Italy to the table of our guests and was enjoyed by all.

The “Bubba” (Jack Felman) arrived to entertain the room with her witty Yiddish humour, which had our guests in fits of laughter!

The atmosphere was sensational with people of all ages, families, younger and older couples, singles and everyone in between getting involved!

We sincerely thank Sponsors – Scott Winton Insurance Brokers, the Erdi Group, Falafel Omisi and Party Bazaar, as well as Unger catering for helping us put on such a fantastic event.

We look forward to bringing you “One Shabbat, One World, Our Community” in 2016!

The phones ran hot for this year’s MDA Victoria Annual Appeal to raise funds to help replace some of Magen David Adom’s emergency vehicle fleet which are scheduled to be retired.Thank you to our wonderful volunteers who gave of their time to man the phones.Thank you also to our community who responded when we called!

The phones ran hot for this year’s MDA Victoria Annual Appeal to raise funds to help replace some of Magen David Adom’s emergency vehicle fleet which are scheduled to be retired.Thank you to our wonderful volunteers who gave of their time to man the phones.Thank you also to our community who responded when we called!

It was a full house, on Sunday 19th July 2015, which heard MDA Paramedic Ravit Martinez (left) speak of her experiences as part of the first international rescue team to land in Nepal following that country’s devastating earthquake.

She told the audience of the difficulties treating the injured with no mains electricity and being surrounded by devastation, with people sleeping in the streets for fear of after-shocks.

Ravit also spoke of the paramedics’ internal moral dilemma when required to treat some Palestinians whom they know, given other circumstances, would probably pose a danger to Israel and its citizens.

Ido Golan-Gutin (right), from MDA’s International Desk, also spoke emphasising the importance to MDA Israel of the support it receives from Friends Societies around the world, just like MDA Victoria. He provided detailed examples of just how our supporters’ donations are used, from helping to provide emergency vehicles, through to the provision of day-to-day medical equipment and supplies.

He concluded by thanking everyone for their past support which was vital for MDA Israel’s lifesaving work.

Revelations About the Medicinal Use of Marijuana Over 200 people gathered at Beth Weizmann Community Centre on 21st June 2015 to hear from Professor Ingrid Scheffer AO and Helen Kapalos on the subject of medical marijuana, at an event co-hosted by Magen David Adom Victoria, the Zionist Council of Victoria and the Australian Jewish News.

MC for the evening, David Southwick MP (pic left), remarked that “Israel had led the way in (medical marijuana)” research and application”, and that the Victorian government was looking into the legalities associated with making medicinal marijuana available for research and treatment.

Australian journalist Helen Kapalos (pic right) presented several scenes from her upcoming documentary, “A Life of its Own”, an in-depth exploration of medical marijuana. The project was conceived during her time as a Senior Correspondent with the Seven Network’s current affairs program Sunday Night, when she reported on a series of stories about cancer patients and their use of medicinal marijuana.

Kapolos’ exploration and filming led her to Israel where scientists have been doing research in this area for over 30 years. “The Israel story was just exceptional,” she said. “There have been large-scale studies done with cannabis and cancer.” She mentioned that while there are excellent studies being done elsewhere, “what [the Israelis] have added that many others haven’t has been compassion”.

Professor Scheffer (pic left), a professor at the University of Melbourne and the Florey Institute of Neuroscience and Mental Health, operates one of the only clinics in the world for patients with Dravet Syndrome, a severe type of epilepsy. She regularly works with patients who have self- sourced and administered marijuana and explained that a number of small studies have shown a lot of promise in reducing the frequency of seizures in epilepsy patients who have been administered CBD.

She stressed that even though “people like it because it’s natural,” CBD needs to be tested in large scale, double-blind trials to determine its effects and safety. “At the moment, we don’t have enough evidence that the CBD will do no harm to a child’s brain,” she remarked. She added that with the legalisation of medical marijuana, the sale and distribution could be regulated. In the current situation, desperate buyers may unwittingly be buying an impure product.

While the next course on 7th July is fully booked, if you would like to attend a future course, please call the MDA Victoria office on 9272 5633 during business hours.

All donations $2 or more are Tax Deductible Donate Now